Preserving The Stories of 9/11

The stories of Victor, Dennis and Margaret are part of the lasting legacy that is preserved through the 9/11 Living Memorial Project, which will be a key component of the 9/11 Memorial Museum when it opens in the spring of 2014.

Donate today so that VOICES can continue to update and expand this important resource for future generations! 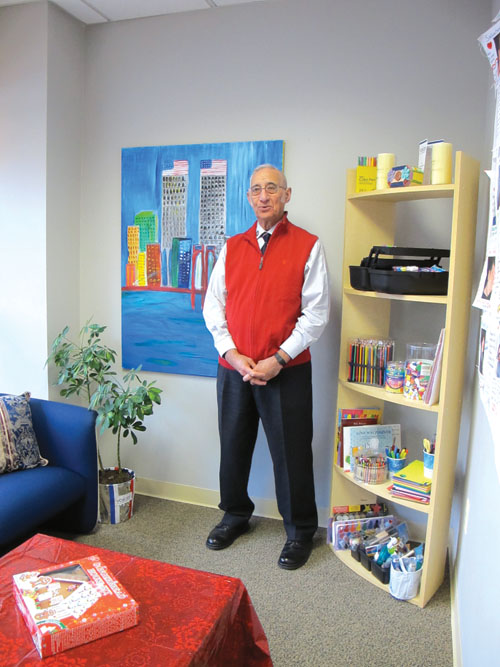 Victor M. Guarnera was the Chief Technical Advisor for Security Systems to the World Trade Center. After the attacks, he responded to the emergency by directing security operations to assist evacuees and first responders. On June 11, 2002, he was awarded the Civilian Commendation Medal for Bravery/Valor for his actions on 9/11. He said that although he was honored by the award, he felt that he was one of many who responded in a similar way. "I don't think of what I did as a big deal, there were hundreds of us who reacted in similar fashion - just doing what we had to do, what needed to be done - doing our job."

In describing his experience on 9/11, Victor spoke of the bravery he witnessed in the World Trade Center as rescue workers tried to help civilians out of the buildings.

"Along the way, I met a 'civilian' trying to assist a heavy-set woman down the stairs. He was literally carrying her on his back. A few of the firemen said they had her as they knew how to provide that kind of assistance. This civilian turned out to be Sgt. Dennis Franklin of the PAPD."

Margaret's story is not unlike the thousands of love stories told in the 9/11 Living Memorial. Love stories about the relationships between husbands, wives, sons, daughters, brothers, sisters, mothers, fathers and friends; all lost in the attacks on September 11, 2001, but live on in the memories of those who loved them. Margaret's story was, however, one of the special ones.

Margaret was Vice President of Knowledge Management at Marsh & McLennan Companies in 2001, working on the 96th floor of Tower 1. She really loved her work and made a daily 2 1/2 hour commute from her home in Windsor, Connecticut to engage in it. She loved her husband Duane and son Stephen, and thoroughly enjoyed living in the early American community of Settlement Hill with all of its reproduction and rebuilt 18th century homes, where she tended her gardens and cooked on the open hearth whenever she could.

In 2007, Duane came to Voices of September 11th with their friend Kate, to create a moving 9/11 Living Memorial tribute for his wife Margaret. Duane and Kate then stayed on to volunteer together to help other families create tributes to the loved ones they had lost. Their friendship deepened over the years and today Kate and Duane Orloske are living their own love story. They married in 2011 and they continue to donate their time and talents to Voices of September 11th and its mission to help families and communities heal after tragedies.

To learn about Margaret's story, visit her Living Memorial page.

There is still a need to help those impacted by the attacks on 9/11, Duane explains why: